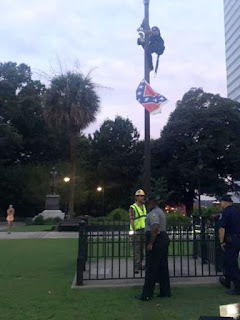 
Several years ago, I had a a mind to run one more marathon, but most everyone I contacted, had a mandatory time limit in which a runner had to complete the run. I knew I could never make it in the time required. Then I talked to the event organizer in Casper, Wyoming. He told me they loved senior runners and that I could start early and finish late and that there would be someone there to record my time. I didn't register or run, but that's another story. What I know, however, is that the struggle to overcome racism is difficult, at best, that we must start as early as right now, be prepared to finish as late as necessary but stay in the race.
Posted by Max at 5:50 PM