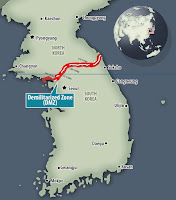 For the entire ten months of my tour in “The land of the morning calm,” I lived under the impending threat of violence. But when I turned in my M-1 rifle upon my release from active duty, it had never been fired in combat. I do, however, have stories.
I met Kang-Koo-ri who as an infant survivor grew from “the little boy who wouldn't smile” to the little boy who under the loving care of the Bo-Yuk Won (orphanage) couldn't stop smiling. I met and became friends with the adult children of the Moon family. Peter, Choon, and Myung were all in the integrated military/civilian Chapel Choir. I remember them most for their irrepressible optimism in spite of the loss of literally everything but t
heir lives. Through them, I understood that we don't have to deny the horrors of war to still find and hold on to the joy of life.

I profited from the discipline of my military experience. The Army put me on a fast track to maturity. I believed that our military presence was necessary to defend the freedom of the innocent. I volunteered for duty in Korea and I served with pride but I was no hero. There were heroes and I honor them without reservation but I am offended by the notion today that everyone who puts on a uniform is a hero. I was a reluctant warrior then, a repentant veteran of war and I hope to be remembered as a veteran of peace. I started taking life seriously a long time ago and seven thousand two hundred nineteen miles, give or take a mile or two, away from my home in Alabama.
Two years before I got to Korea, Taegu was under bloody siege as United Nations forces finally succeeded in fighting off the North Korean offensive. One year before I got there, the on-again, off-again rumblings of a truce had begun. It would be a year after I left before a truce was signed. By that time, casualties killed were nearly three million, thirty-three thousand seven hundred forty one of whom were American. And that war isn't over yet.
There are all kinds of stories that came out of Korea. Some will wound your heart, others will show you joy, and some will give you hope. Many are punctuated by agony and defined by courage. And some are of hanging-on undramatic survival. The storytellers are American and Korean, civilian and military. Their stories are well worth hearing. 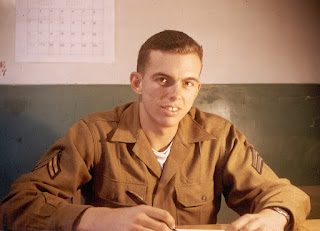