I was assigned to Guam for two weeks of active duty with the Navy in the summer of 1986. One day, I heard that a resident Buddhist priest had summoned fellow priests from Japan to hold a Daigoma Himatsuri service at the South Pacific Memorial Park on the island. The holy fire service was to honor both American and Japanese soldiers who had lost their lives on this very spot forty-two years previously. It was to bring peace and happiness to the living and the dead. As The Rev. Mitsuzo Tani and the other priests began the service, the assembled group of about one hundred and fifty prayed in silence. I reflected on what had taken place here forty-two years before.

Below the ground on which we now stood, there had been a network of interlocking tunnels that formed the Japanese Command Post. In mid-August, 1944, Japanese soldiers had gathered for a final stand against the Americans. When that battle was over, 18,000 Japanese soldiers had died. 1700 Americans were killed and another 6,000 were left wounded. Their blood was soaked into the soil on which we now stood. Despite the warmth of the day, I felt a chill.

It is now December, 2022 and Russia’s invasion of Ukraine is already perhaps the largest war in Europe since WWII. Will wars never cease? Maybe not but neither will the peace-forming of the faithful. “The Life-Light blazed out of the darkness; the darkness couldn’t put it out.” John 1:5

When we concede that

war is required and

peace is an illusion

We suffer an evil that

cuts off the bloodflow

We mask the stink

of the killed and the

agony of the killers

If we honor warriors fallen we

We wound  ourselves by

to parades and medals

We must also hear from those

we serve our nation differently

as we weave peace

The name Sisyphus may not strike a chord with you but almost every maturing adult will know and identify with the story of the man who is condemned by Zeus to push a rock to the top of the hill only to have it roll back down for eternity.

I met Sisyphus, so to speak, when I returned from the Korean War, at a time when I was not sure that life had any real meaning but when I was also looking for hope. A professor introduced me to The Myth of Sisyphus, recently published by Albert Camus. I was intrigued by the fact that Sisyphus found no meaning in life but was unwilling to completely give up—to commit suicide. Sisyphus continued to live with me, and several years ago, I began an internal dialogue with him. I created a reporter and gave him access to Hades in order to interview Sisyphus, who I also imagined had the ability to observe the world as it now is.

I have always found it interesting that while Sisyphus found no meaning in life he never complained and never seriously contemplated suicide. There is strength and integrity in that. I found that admirable. Now in my later years I've decided to challenge Zeus's power to keep Sisyphus chained, so to speak, to the rock and give him a chance at hope beyond. With  apologies to Camus, this is how I imagine it.

Unbeknownst to Sisyphus, all the time he had been struggling with his rock, Eleos, the Greek Goddess of compassion, had been watching him from her vantage point at Mt. Olympus. After years of watching, she decided to defy Zeus and help Sisyphus if, indeed, he wanted to be rid of the rock. There was just one problem with this decision. If she really wanted to enter Hades and interact with Sisyphus, she would have to become human and give up her goddess status. That's just the way it is because that's the way I have written it.

Her decision made, here's what happened. One morning as Sisyphus woke and was getting ready to push his rock, he noticed a tent had been erected at the bottom of the hill. Curious, he ambled over to where a woman was busy setting up a coffee bar. She greeted him and said, “Hey, I know you're on a tight schedule but the coffee is just about ready and I've got an idea I think you will find interesting.”

“I'll take the coffee; what's on your mind?”

“Here's the deal. My name is Eleos. I've been watching you all the time you've been pushing that rock. I have to say that I'm impressed that you've made your peace with the whole rock thing and I know you think that life is essentially meaningless, but what if I told you that I am willing to help you push the rock over the top, if you're interested. That's a serious question because I know some folks don't really want to give up their burdens, even if they may say otherwise."

Sisyphus was skeptical of the idea but was willing to give it a try. So when they had finished their coffee, Eleos put away the coffee cups. They approached the rock and started off up the hill together. Sisyphus would push the rock by himself until he felt he had to let go off the rock. At that point, Eleos would step in and help.

They didn't talk much at first as each was considering what this decision would make in their life. Sisyphus thought sure, he would be glad to be rid of that infernal rock, but he had gotten used to dealing with it and did he really want to give it up for the unknown? He thought, "Am I really up to life without it? Do I really need Eleos' help? Maybe this time I'll be able to get the rock to the top by myself. Why is she really doing this? This is the first time anyone has ever offered to actually help me. Am I worth all this?"

While Sisyphus was pondering these things, Eleos was thinking of what the decision to become human in order to help Sisyphus meant for her. She had given up all the power and prestige of being a goddess. She knew she could never go back. She thought, "Was I too hasty in trying to help Sisyphus? Is this really necessary and should I have intruded?"

Meanwhile, the hill was getting steeper. Sisyphus began to give out. He called for Eleos to help. Together they struggled until they were within a few feet of the summit. With their last bits of strength, together they pushed as hard as they could. The rock moved ever so slowly to the summit where it tottered for a bit and then settled on the top of the hill!

Now before them loomed a large bottomless chasm. Eleos found a smooth rock ledge and invited Sisyphus to sit with her. Sisyphus said, "In a moment, but first I have to get rid of this.” He walked over, got behind the rock and with one more push sent it bouncing down the hill and into the chasm. Then he joined Eleos on the ledge.

Eleos asked, "What did the rock mean to you?"

"More than anything else, I think, it represents my regrets, my guilt," Sisyphus answerd.

They sat there in silence for a long time until Sisyphus whispered, "Captive no longer!”

Eleos responded, “No longer a goddess. What now?”

As they stared in silence at the chasm, they felt a soft breeze and then from the wind came a voice, “I am beyond. Stand up!”

Eleos exclaims, “What is that?”

Sisyphus answers, “I've heard that voice before but it has been a long time ago. I thought if I ignored it, it would go away. Some say it is the voice of God, others say it is the Voice of Love. Maybe they both are right.”

Eleos thinks before responding. “Well, what do you say? Are you ready for a surprise?”

Will Sisyphus and Eleos assume new names, new identities to face their future? I am turning the story over to you at this point. If you choose, you can answer those questions and more. Since it will be your story, anything you come up with will be right. I would like to know what you come up with. You can email me at sisyphus2015,mh@gmail.com

Words for the Young

(no matter how old you are)

Last night I dreamed I

was a butterfly struggling

to get out of a cocoon

Let me tell you it wasn't

easy I was exhausted

by the time I got out

I woke to a warming sun drying

my wings as they took

Oh my wings were

beautiful did I tell you

I dream in color

Basking in the moment

as the dream morphed into

metaphor I waked to

The existential question will I

have the courage to fly

when my wings dry

In normal times there

is enough suffering and

These are not normal times naked

Yet beauty hits us right

in our face kindness hums

will not be denied

wonder love has not

Then and Now don't have to trade

places are you ready

Tutored in mysteries beyond

They had come to the

place where they could

palpable for the journey

What I wouldn't give

for a star here and now

Pull us back from

Be a companion to those

who are forced to

sleep in the ruins

Dispense justice for those

No star has the magic to do

our work those who are

able must stand and sing

The star amplifies the vision

light for the journey

The wise among us will

to give us truth

The wisest among us will

so redeem the suffering 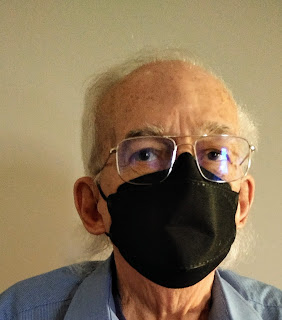